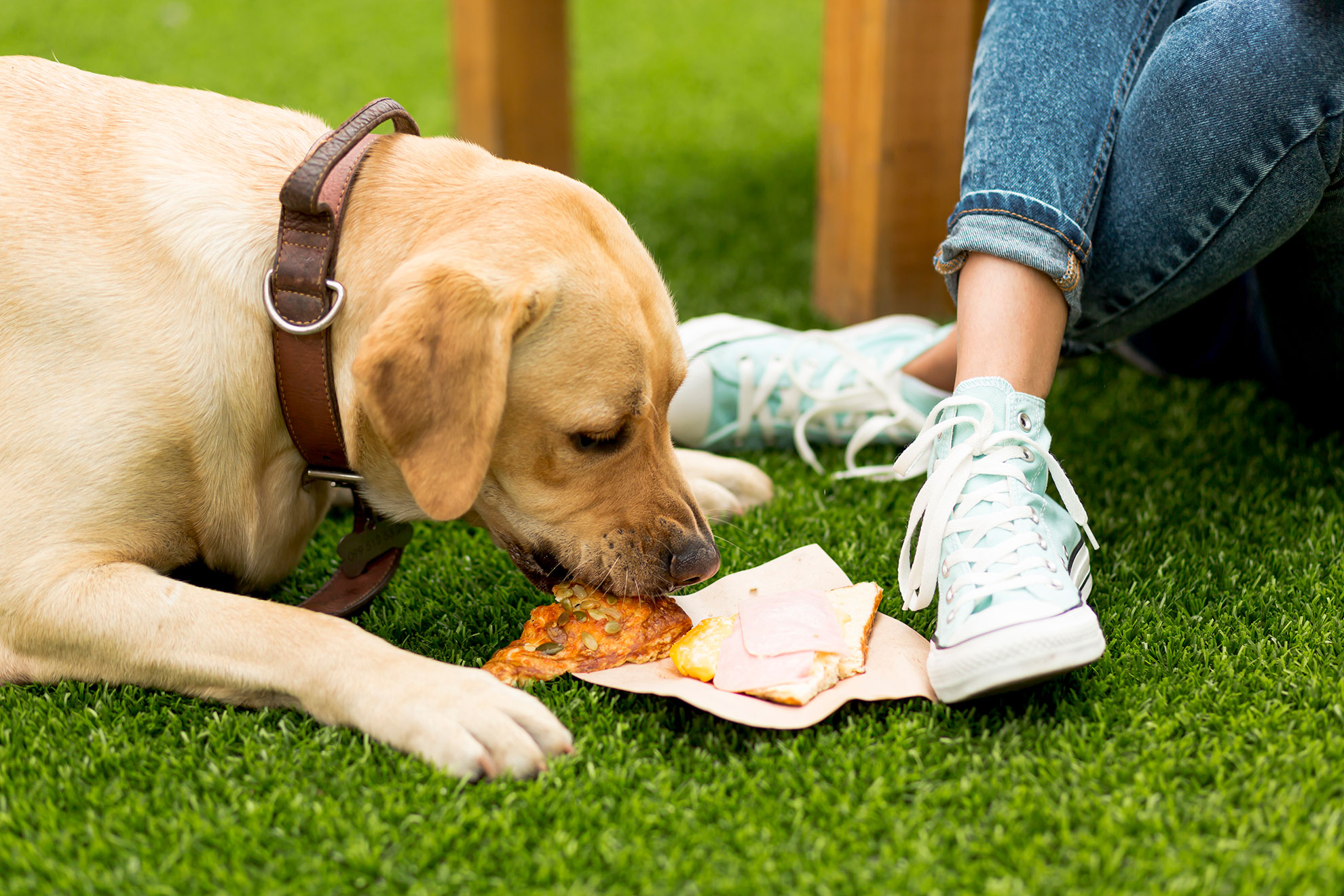 Caffeine can be fatal for dogs. The lethal dose is 150mg/kg of body weight. Instant coffee contains about 60 mg of caffeine per tsp, so for a small dog, it would only take a few teaspoons to be lethal.

Grapes/Raisins are tricky because no one is certain yet why they cause toxicity, however it’s just best to avoid them. Symptoms of vomiting and diarrhea will start which can lead into kidney failure.

Xylitol although not a food, is a common non-sugar sweetener used in mints, sugar free gum, and some baking. Xylitol causes a rapid and dangerous drop in blood sugar levels in dogs, and may cause liver failure.

Raw Yeast Dough like bread dough can be deadly for your dog. The yeast will continue to grow in the dog’s stomach causing bloat and, potentially, death.

Raw Salmon can contain a micro-organism that causes “salmon poisoning.” Only dogs are affected by this, and cooking the salmon kills the parasite. In addition, raw fish contains a protein that binds up one of the B vitamins (thiamine) making it unavailable to the body. So feeding large amounts of raw fish can result in a vitamin deficiency over time.

Milk/Dairy can be tasty for dogs and cats, but it is not something they need in order to have a balanced diet. As our pet ages they are not equipped with the enzymes needed to digest the protein and sugar in dairy products. Some studies show that the proteins in milk can interfere with the absorption of other nutrients and if consumed in large quantities, the extra calcium can cause problems with bone development.

Onions & Garlic contain sulfoxides and disulfides, which can damage red blood cells and cause anemia. Cats are more susceptible than dogs. Garlic is less toxic than onions.

Tuna/Liver as an occasional treat will not cause harm to your pet. However, they can cause problems if fed without any other foods. It’s best to keep your pets diet balanced, so never feed one food and exclude the other.

Animal bones, although dogs love to chew on them they do pose a risk to their health. The bones can splinter and cause injuries to your dogs mouth, intestines or stomach. They can break teeth and have been known to cause obstructions in the intestines, which would require surgery.

Avocado leaves, seeds, fruit, and bark contain persin, which can cause vomiting and diarrhea.

Macadamia Nuts Contain an unknown toxin, which can affect the digestive and nervous systems and muscle.

Mushrooms Can contain toxins, which may affect multiple systems in the body, cause shock, and result in death.

We will post monthly tips, resources and information on our blog for pet owners in the beautiful Okanagan so that we can keep our furry friends happy, healthy and safe.